It’s been a very hectic weeks for me. I have to juggle between classes, exams and Festari. Oh for those yang tak tahu, I’m now currently working on an event, Festival Tari Piala Tun Dr. Siti Hasmah or short form dia Festari.

I’m done with 3 of my papers for mid-terms. I have another two, one on 30th and the last one is on 5th. And the Festari is on 10th. And i have 4 assignments need to be done before 10! How crazy is that? I feel like cloning myself right know.

Which is impossible, yeah I know.

So the first one is teater Natrah. I went there with Zainal and his friend. Nadrah, Megat, Zaim and Anis. That was my first theatre so I was really excited about it. Megat bought the tickets for us, the RM50 one.

I was quiet surprised actually. Rupanya Istana Budaya tu kecik je. Ingat besar. The theatre was quite ok. I don’t know why, but I was half-asleep after 30 mins. Maybe I’m not a theatre person kot. Zainal pon sama asyik menguap je. Haha.

Ok they didn’t say that. But something like that la. Haha. And I'm not going to put my photos with Umie Aida and Maya Karin here because I nampak pelik haha. 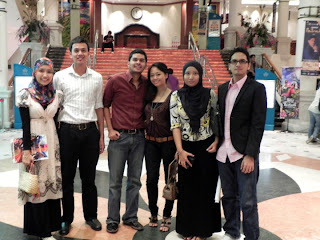 And then, here comes our anniversary. OMG I can’t believe it’s been a year already. Cepat betul masa berlalu. Nothing fancy about our celebration. We had lunch at Brisik at Jaya One. The food was awesome! I had Ayam Penyet, and Zainal ordered Sambal Udang and Ayam Masak Kicap. I love the place, so cozy and the food is so delicious. 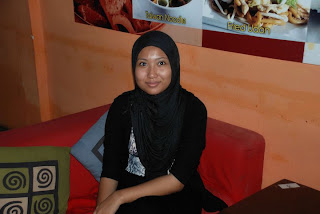 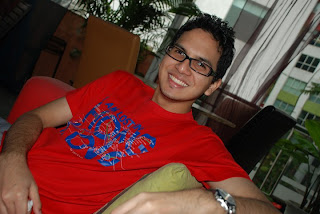 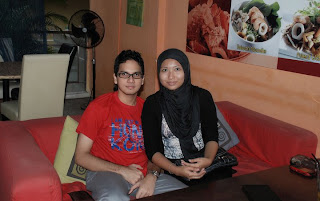 Oh wait, and Zainal surprised me with a bouquet of roses! He is so sweeeeeeeeet. I love it so much, and I feel so guilty not getting anything for him. Ah I love that guy, I’m so crazy in lovee with him. 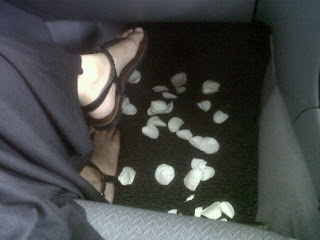 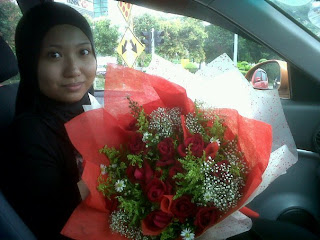 And then I went to Maysaa, which I already talked about it on my previous post. The latest event that I’ve attended was the akad nikah ceremony at USJ. Ahh the food, the lamb was delicious! Zainal tambah dua kali and ambik kambing banyak gila. Haha. Makin gemuk la boyfriend aku, 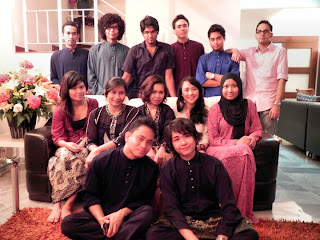 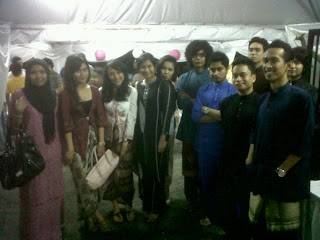 Sorry gambar semua tak cantik sangat, sebab guna Blackberry je. SLR abang pinjam hehe. So, that’s it, that’s pretty sum up everything I guess. I should study now and finish up all the assignment.