The birthday surprise was planned 2 days before, and it was spontaneous. I was in the car with Yunni on Monday, and we were talking about cake. And I was like “Ok let’s surprise him on Wednesday night!”

I was dead broke so not all of our friends were invited. Baru start sem duit mana nak ada sangat. I didn’t get my pocket money from my dad during holiday. I know mesti ada some of our friends yang merajuk sebab tak dijemput, so I’m so sorry for that.

On Wednesday I went to Jaya Jusco at Seri Kembangan with Yun, Bear and Hazrynn, nak beli barang-barang for the surprise party.

And I’m touched when they all willing to share, bayar sama-sama. Start masak at 6pm, Yun, Hazryn and Mai came to my house to lend their hands. I’ve bought 7 bottles of spaghetti sauce and the funny thing was kuali kat dapur tu muat untuk satu botol sauce je sekali masak. So kena masak 7 kali! It took me 3 hours!

Thank god they can stand me. Hehe.

By 930 I’ve texted Shah asking him, whether dia dah bawak Zainal keluar ke belum, sebab nak deco his house with balloons and all. And then I’ve found out satu rumah bawak Zainal pergi Alamanda. I was freaking mad, and I was like “Apasal pandai sangat ni? I nak masuk rumah Zainal macam mana kalau semua keluar!!”

Lepas tu call Kamil, and he was in the movie. Jahat jugak la sebab pressured him to come back to Cyberjaya ASAP! Haha.

But thank god everything went smoothly after that. I hope you guys had fun at the party. Sorry kalau Spaghetti Bolognese saya tak sedap sangat. Hehe. 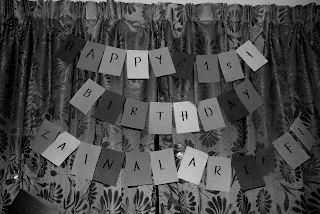 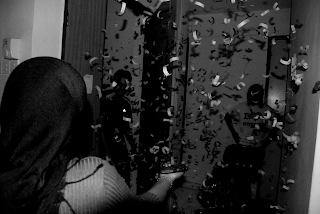 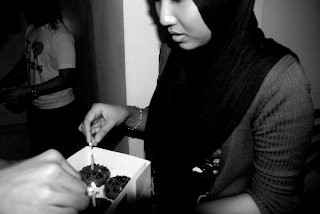 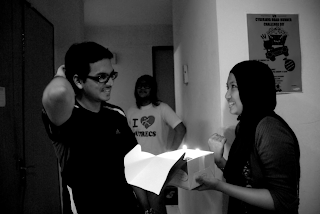 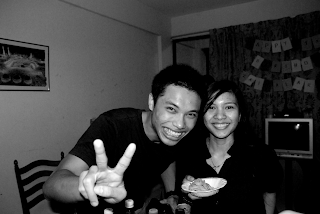 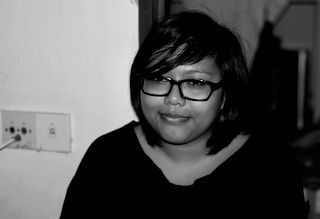 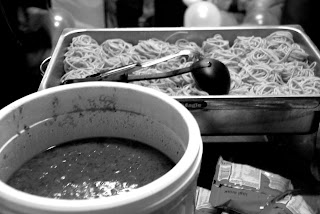 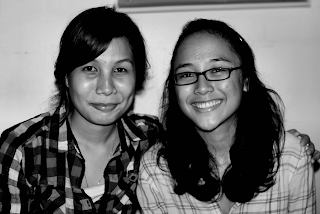 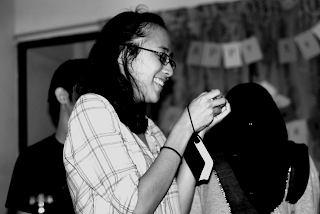 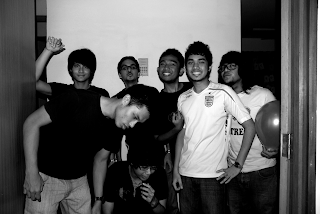 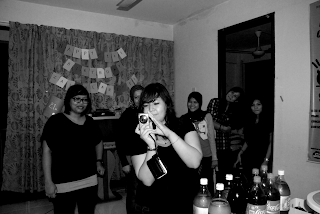 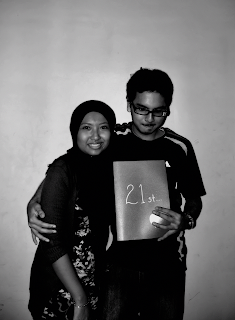