Wiena was the one who planned everything. I almost ruined the surprised though. But luckily I didn’t. So the plan was, Rijal and Wiena came to Cyberjaya to pick up Yun, and they went to Kuala Lumpur to break fast together. They brought Yun to a place called Roadhouse Grills at Jalan Ampang. And then we quietly sneaked in from her back with cupcakes and candles. And, surprised!

Two hours stucked in the car with Shah really paid off when Yun burst into tears when she saw us there. Kuala Lumpur is bad news. It took forever for us to get to Jalan Ampang from Cyberjaya.

But at least we made it on time. Yun, happy birthday dear. Have a good one. I love you! 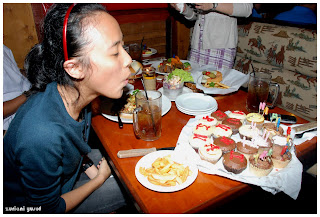 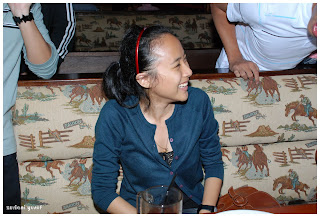 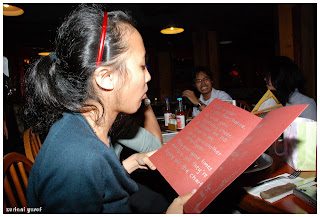 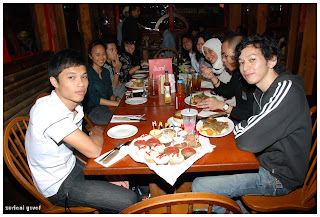 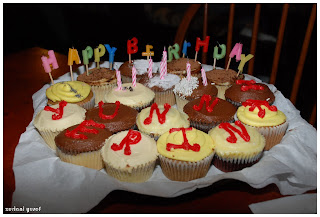 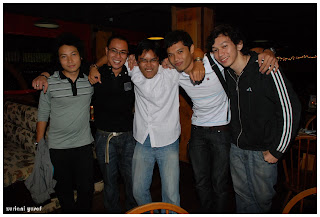 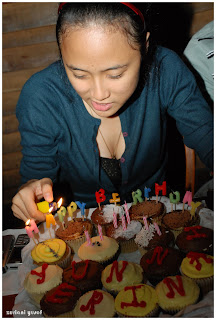 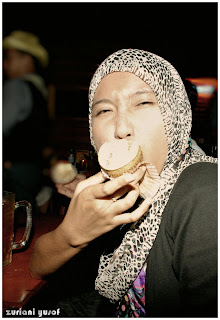 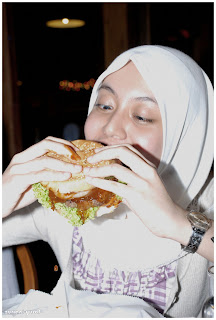 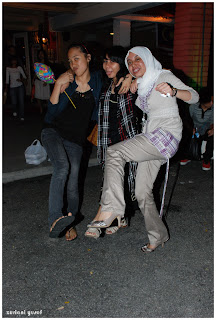 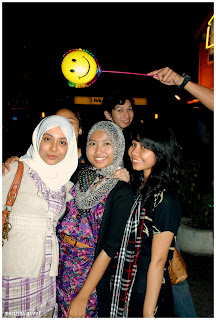