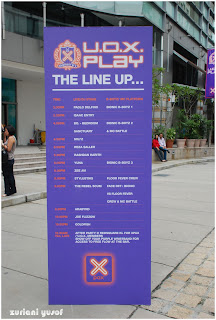 When I've got the event invitation for this block party, I was very interested. So I've asked Yunni and Sufey to go there with me. Free pon, so why not kan? HEHEHE!

Besides live music performances and DJ sets by Malaysia's music heavyweights, there are also art and design installations, a flea market and all kinds of activities to keep your senses stimulated.

Arrived there at 4pm-ish, the crowd was kinda disappointing.It was raining, but big mistake of some to leave the place just because of the bad weather. I don’t think that the weather spoilt the show because I think as it started raining the mood was just indescribably and tremendous.

The very first thing that caught my eyes was the live graffiti demos. I love all the cool designs. 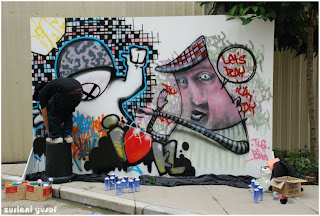 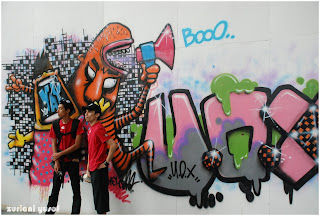 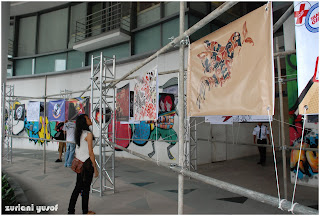 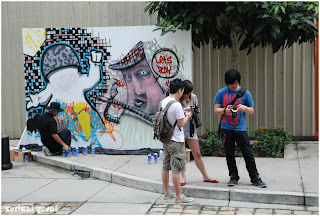 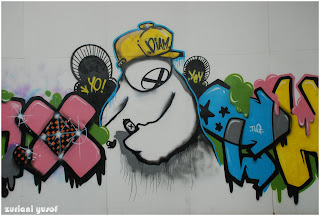 Mooom! I want that one on my room's wall!.

That was the first time I've listened to Reza Salleh.His voice is good, and his songs are also good tho, but too bad I'm not really into him. Same as Yuna, I'm not into her songs . I'm more into Meet Uncle Hussein and They Will Kill Us All material. I do have Deeper Conversation and Cartoon Couple in my iPod, and I loooove it soo much! But thats it la, dua lagu tu je.HEHE! So honestly I have no idea what was her playing that day other than that two songs. Sorry people. Maybe I should try to listen to the rest of her album later.But no worries I still captured some of their photos while on stage..Weeeee~~~ 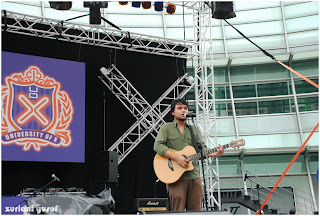 Have you met Reza Salleh?. 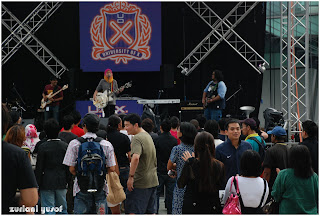 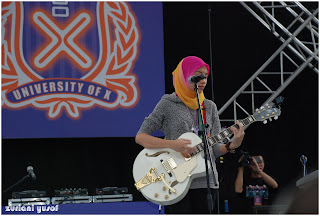 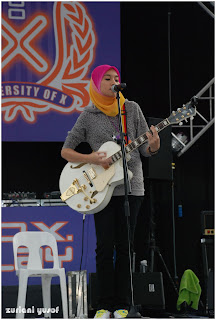 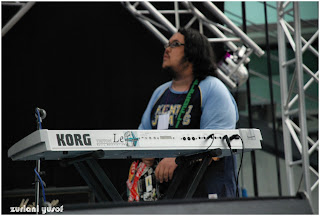 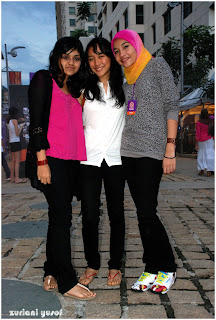 Sufey, Yunni and Yuna.
There were also other performing artists but I dont really know them. So I was kinda lazy to watch them in front of the stage. I was more interested to do some shopping. Gaga. I bought a brand new oversized plaid shirt for only RM40. The actual price was RM45 but after doing some kaw-tim and tawar-menawar with the cute abang there, I got it for RM40..Weeee~ 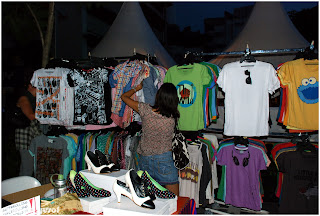 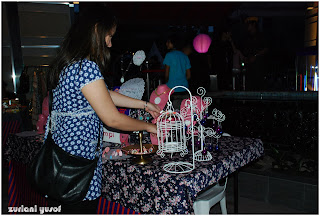 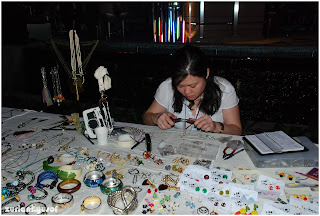 Some of the fashion and accesories booths.

I left the place at 7pm-ish because I had another party to attend at night. Fly FM Birthday Bash at One Utama. Busy day eh? LOL. But I had fun there, eventhough I got some issue with the Indian cab driver who charge us RM20 from Putra Dang Wangi to Caps Square. Wadafak, I'm so gonna kick his ass the next time I see him. Thank god I took his registration number and his plate number as well. AHAH wait for it tambi! 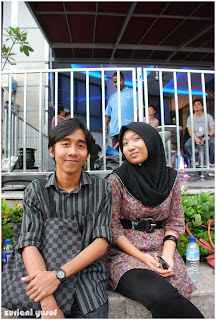 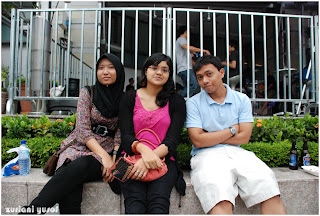 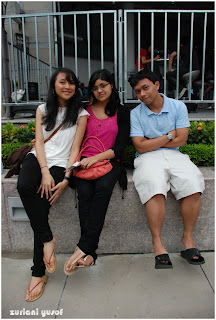 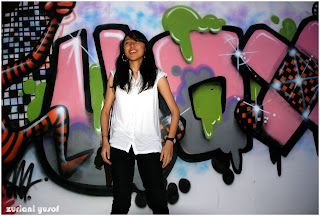 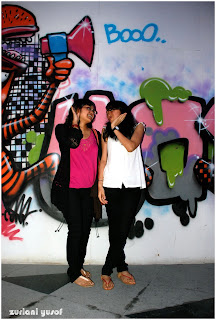 Sufey and Yunni, trying to do some random act. 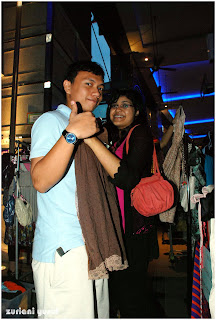